This is the smallest possible 11-Genus Ih-symmetric fullerene while its stability is comparable to the usual TCNT C120 we acquainted with. The MOPAC AM1 optimization is still on progress. This kind of molecule is made from puncturing 12 identical holes, which I prefer to term them as (D5d-symmetric) necks, between a pair of concentric dodecahedron and icosidodecahedron, both tiled properly with graphene patches.

However, I think that this molecule is of particular interest because it is really small and in the mean while stable. The geometric features, as in the TCNT case, are controlled by four parameters. But in contrast to the TCNT case, these four parameters put huge constraint on the output molecule's stability. Which is to say, only a few of the parameter combinations under certain number of atoms are of practical interest, as compare to the large variety of TCNT isomers. In particular, I think this could be the only stable high-genus fullerene under 500 atoms.

In the literature, only the Terrones group have had studied this kind of HG fullerene. But I have never noticed that if they ever described the general rule of how the molecules are constructed. Beside knowing exactly how the construction rule works in their cases, the experience we learned from TCNT construction scheme allows me to develop a trick of building HG fullerene with far fewer number of atoms than them, which I shall describe in later posts.

BTW, I think this molecule is the best suited one for making its beaded molecule. I have made two of them, here's one: 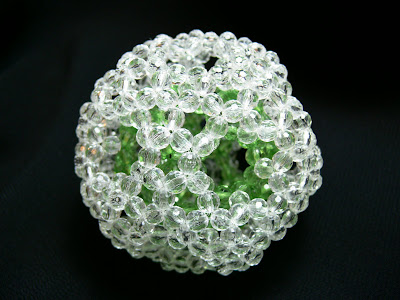 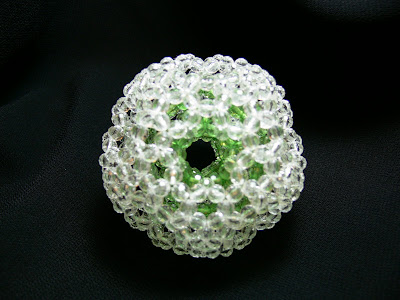 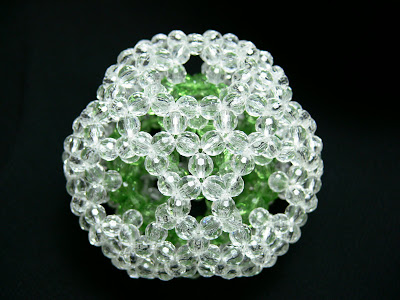 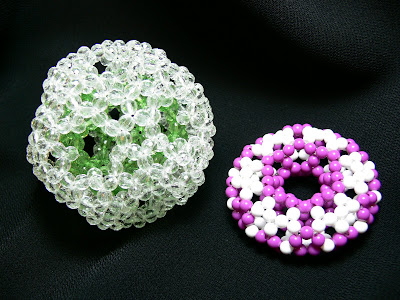