A Try on Schematic Plot of the Beading Procedure of C60

All the figures are drawn by mspaint of Windows. Although this method would encounter considerable difficulty when dealing with beaded molecules of more beads, it might be quite informative to people who try to make beaded molecules at the first time. Or maybe I'll try not to draw all the beads when it comes to the later part of the beading work. 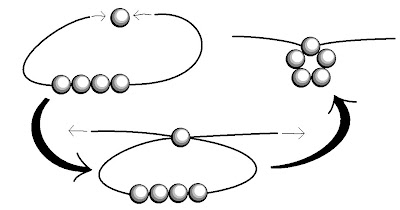 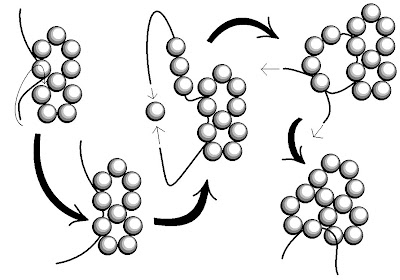 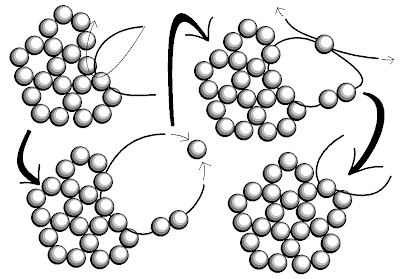 Posted by Chuang Chern at 9:47 AM No comments:

Previously, I have mentioned that the weaving technique we used in building the beaded fullerenes is basically the so-called "Right-Angle Weave"(RAW, 直角編織法). But why right angles, we do not have any right angle in our beaded molecules. Indeed, originally the right angle is used to construct 4-beaded groups repeatly, which will lead to right angles in the resulting structure. Here is a seat pad (椅墊) I bought today. Chuang also has one in his office. This seat pad clearly show why this technique is called the RAW. Posted by thebeaedmolecules.blogspot.com at 12:00 PM No comments: 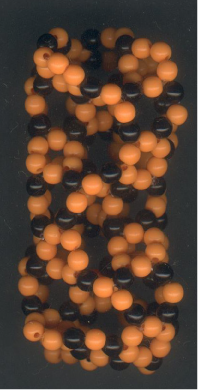 Posted by thebeaedmolecules.blogspot.com at 11:23 AM No comments: 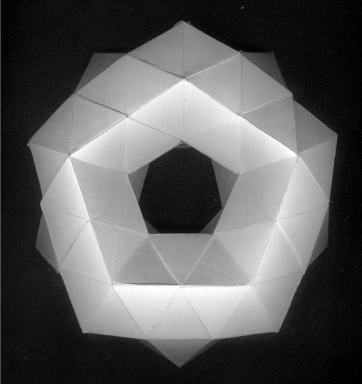 Posted by thebeaedmolecules.blogspot.com at 11:19 AM No comments:

Including the Lower Half of the Simulated Figure 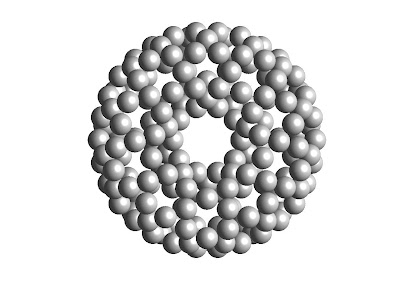 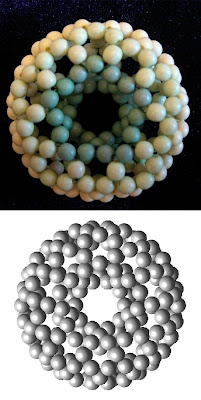 Posted by Chuang Chern at 4:25 PM No comments:

A comparsion between the simulated figure and real picture of T120 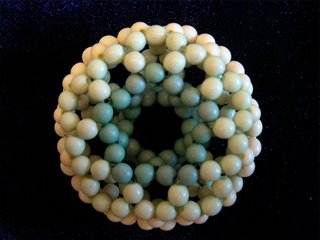 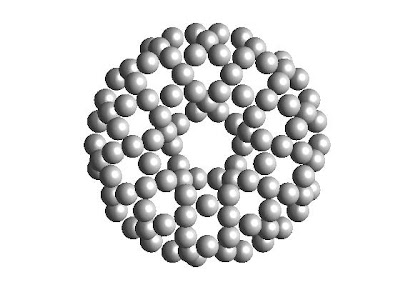 From these two pictures, we can see the strong resemblance between beaded models and the corresponding computer optimized fullerenes. This again demonstrates the validity of our discovery about the analogy between the macroscopic force field of beaded molecules and the microscopic VSEPR of sp2 bonding.

I wonder whether we should include the lower half of beads in the computer-generated picture or not. The simulated picture looks like that something is missing.
Posted by thebeaedmolecules.blogspot.com at 8:56 PM No comments: 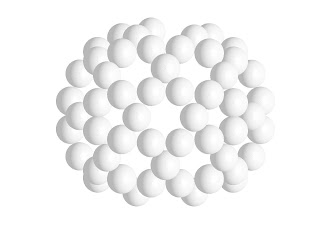 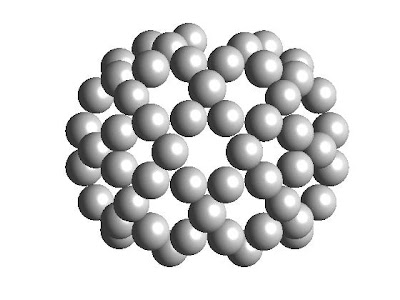 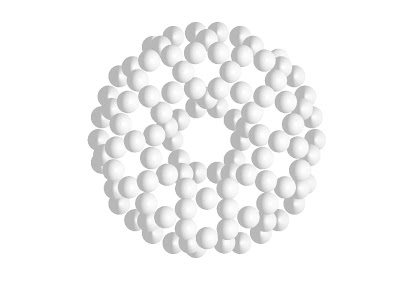 Assigning differnet colors on different n-member-rings could be more indicative. However there are some subtle difficulties and I'm still working on them.
Posted by Chuang Chern at 7:29 PM No comments: