It is straightforward to make bead models for higher fullerenes with icosahedral symmetry. The simplest way is to use the Goldberg vector (see the following figure) to specify the relative position between two pentagons. Goldberg vector is very similar to the chiral vector used for defining carbon nanotubes.

Suppose we have the first pentagon located at orgin, (0,0), then we can ask where the next pentagon can we put? The answer is that any coordinate specified by (i,j) as shown in the following figure gives a unique fullerene with icosahedral symmetry. For instance, if the next pentagon is located at (i,j)=(1,1), we have a C60. It is not hard to show that the number of carbon atom for the fullerene specified by the Goldberg vector, (i,j), is N=20(i2 + ij + j2). 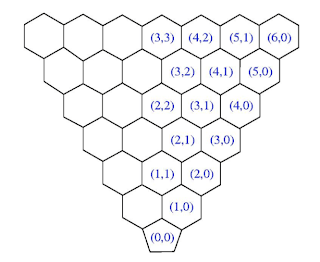 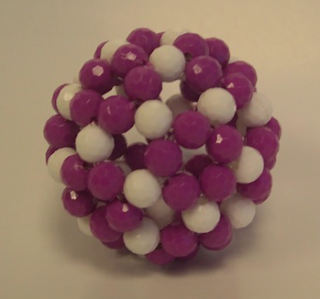 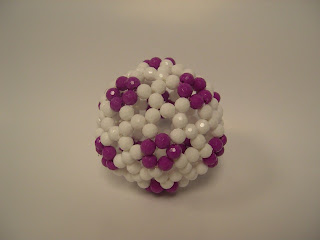 The following beaded fullerene is specified by (4,0) has 320 carbon atoms. 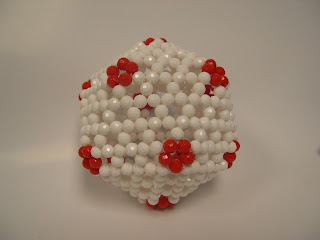 Posted by thebeaedmolecules.blogspot.com at 6:55 PM